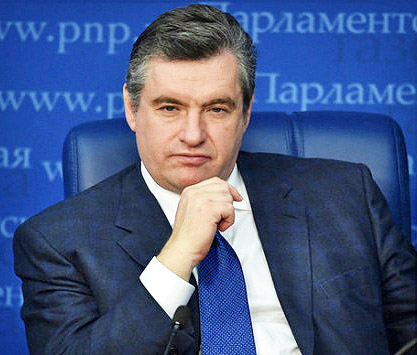 Leonid Slutsky was born on January 4, 1968 in Moscow. Higher education – graduated from the Moscow Institute of Economics and Statistics. Doctor of Economics, Head of the Department of International Relations and Integration Processes, Faculty of Political Science, Moscow State University MV Lomonosov. Deputy of the State Duma of the Russian Federation of the third, fourth, fifth, sixth and seventh convocations. Chairman of the Committee on International Affairs. Chairman of the Board of the International Public Foundation “Russian Peace Foundation”.

From 2000 to the present, Leonid Slutsky has been the deputy head of the delegation of the Federal Assembly of the Russian Federation in the Parliamentary Assembly of the Council of Europe (PACE). Until 2012, he was the coordinator of the parliamentary group for relations with the Parliament of the French Republic. Member of the Presidium of the Independent Association “Civil Society”.

Prepared a number of reports in PACE: “On the activities of the International Committee of the Red Cross” (2002), “On the accession of Monaco to the Council of Europe” (2004) – as a result, it was decided to admit the Principality of Monaco to the Council of Europe as the 46th state, “On the closure of the monitoring procedure of the Principality of Monaco” – as a result, for the first time in the history of PACE, the monitoring of Monaco was closed unanimously on 01.10.2009. In 2000-2005, he traveled on official business trips to Chechnya dozens of times, including accompanying PACE rapporteurs on the situation in the Chechen Republic. He took an active part in the restoration of the economy and social sphere of the Chechen Republic in 2007. He was awarded the highest award of the Chechen Republic – the Order of Kadyrov with the wording “for exceptional services”.

Leonid Slutsky has repeatedly spoken at environmental forums on issues of environmental sustainability, ecosystem management, and the conservation of biological diversity in nature. The chairman of the RPF Board, Leonid Slutsky, along with Prince Albert II of Monaco, took part in polar expeditions to the North Pole and to Antarctica on climate change issues.

In December 2017, by the Order of the Chairman of the Government of the Russian Federation, he was awarded the Stolypin Medal P.A. II degree “For merits in lawmaking activities aimed at solving the strategic tasks of the socio-economic development of the country.”

On December 22, 2017, Leonid Slutsky was awarded the Gratitude of the President of the Russian Federation “For active legislative activity and many years of diligent work.”

December 19, 2018 awarded the Certificate of Honor of the Prime Minister of the Russian Federation.